MADRID and GUATEMALA CITY--By failing to implement a fair and progressive tax policy, the Guatemalan state systematically violates the economic and social rights of its citizens, according to the results of a two-year independent human rights investigation. The report comes just as the national general budget for 2010 is being debated in the Guatemalan Congress. 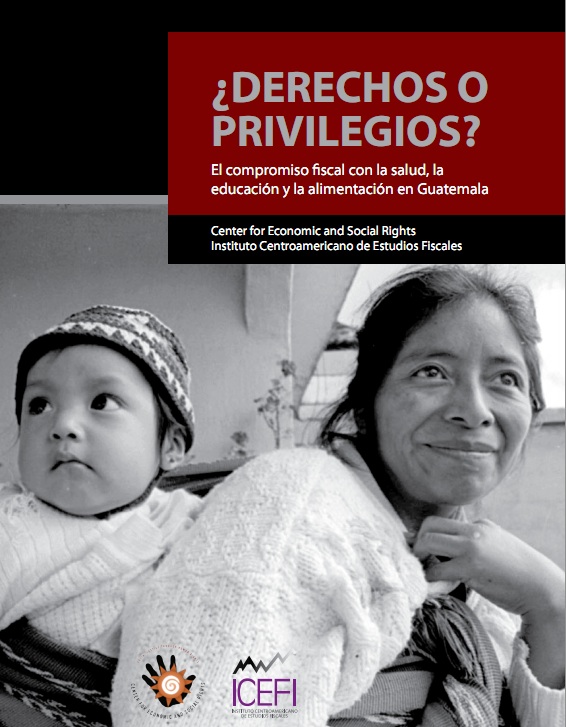 The new report focuses on the analyses of three rights: food, health and education, and three serious obstacles that threaten them: child malnutrition, maternal mortality and failure to complete primary school. These indicators of social progress and rights in Guatemala are among the worst in Latin America, despite being declared a national priority in the Guatemalan peace agreements of 1996 and commitments under the international Millennium Development Goals (MDGs). Some indicators measured in the report put Guatemala on a par with sub-Saharan African countries.

The lack of fiscal commitment to uphold human rights in Guatemala has had the most negative impacts in the areas of food, health and education, according to the report, particularly on the rights of women, children and indigenous peoples.

The report claims that the poor performance of Guatemala to ensure basic levels of social rights of all people is due in large part to lack of political will by governments in the past decade to invest in social policies. The proportion of GDP devoted to social spending is among the lowest in Latin America.

Despite being the largest economy in Central America, Guatemala generates comparatively little income from taxation, curtailing the ability of the government to respond adequately to the needs of the population through the public budget process. Guatemala has one of the lowest tax burdens in Latin America, as well as one of the most generous regimes of exemptions and tax breaks. The study attributes the low tax collection and expenditure to the state's historic control by elite sectors of the economy.

"This makes health, nutrition and education privileges of the few instead of universal rights," said Ignacio Saiz, executive director of the Center for Economic and Social Rights.

Guatemala has some of the worst social outcomes in Latin America. About 50 per cent of children under five suffer from chronic malnutrition; almost one in three children does not complete primary school; and 290 women die from complications in pregnancy or childbirth (for every 100,000 live births), the worst rate in Latin America along with Bolivia.

Despite being the largest economy in Central America, Guatemala has the lowest human development index (a composite measure of life expectancy, health and education outcomes) of any country in the region.

In countries where major structural inequalities, high levels of poverty and unstable economic growth continue to persist, as with Guatemala, fiscal policy represents a major ability of the state to generate and redirect resources to the enforcement of economic, social and cultural rights in a universal and progressive way, reducing inequality gaps in their enjoyment by people. Such enforcement is required under Guatemala's commitment to the International Covenant on Economic, Social and Cultural Rights.

Researchers relied on international and national data as well as fieldwork in reaching their conclusions and recommendations. Among the recommendations: