Companies like Uber are treating their employees like contractors, chipping away at their hard-earned rights behind the facade of technological innovation. International tax deals, like the one backed by the OECD and G20, not only turn a blind eye, but actually give their blessing to the workers’ rights abuse that largely impacts low-income countries. 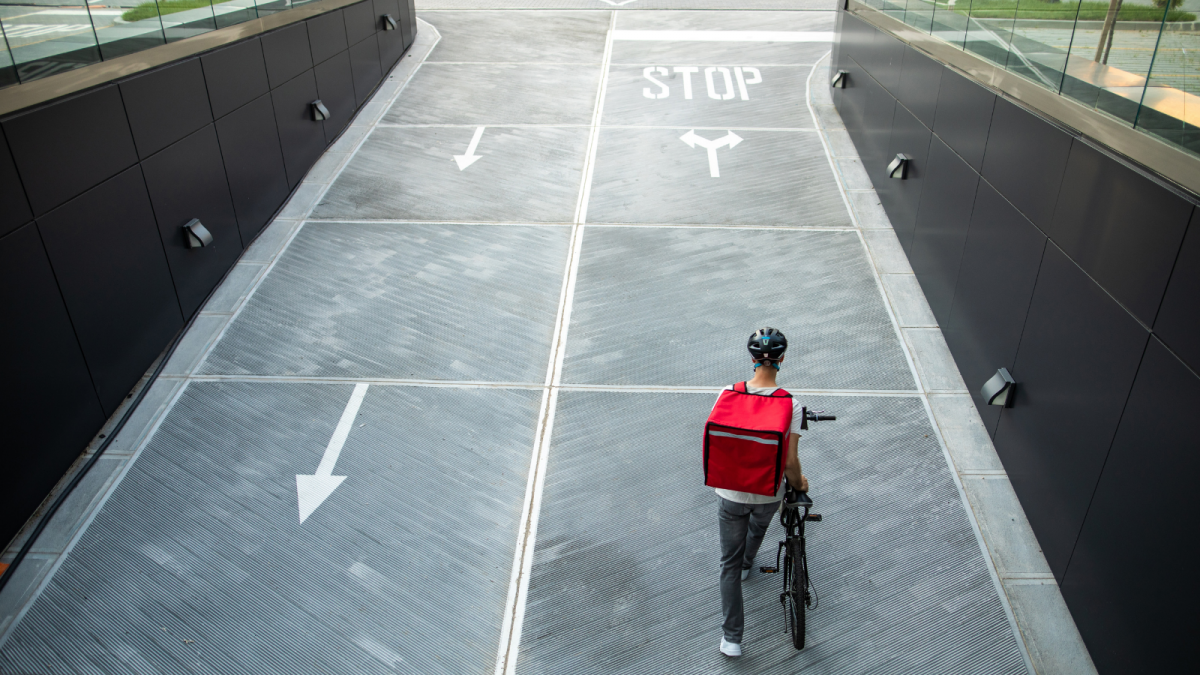 Threats to workers’ rights and entitlements have been on the rise, in part thanks to the dramatic shift in business models in the last two decades.

The chasm created by this shift in how businesses operate has also affected various national and international norms, rules and regulatory codes. Clamoring to reform global tax rules, which are currently based on an outdated view of how and where corporations operate vs where they report profits. But will the new “global solutions'' being proposed for taxing multinationals align with workers’ rights?

In the last two decades, we have seen the evolution of companies - like Uber, Facebook, and Amazon - that have upended the idea from a traditional business set-up to instead providing services remotely. With unique business models, they are commonly referred to as platform companies. These companies operate by creating economic value by providing an interface between consumers and what they call service providers.

In effect, this change has led to a dramatically altered definition of a worker and their working conditions.

So far, app-based companies characterize their workers—tied in precarious, low-paying jobs— as service providers, partners, independent contractors or micro-entrepreneurs. All of these are a gross distortion of the differentiated working conditions afforded to gig workers. In doing so, gig companies have made concerted efforts to informalize employment thus, undermining workers’ rights leaving them with little to no social protection.

As “contractors”, workers are responsible for themselves, which abdicates any responsibility on part of the employer itself. Further, it assumes that gig workers in some way are in control of the profits earned by the business when in fact the opposite is true. A matter of major concern in recent years, therefore, has been how platform businesses classify workers while undercutting taxes in countries where they operate. By eliminating ‘the worker’ from their business models, platform businesses also get away without having to comply with local rules, codes and regulations that would otherwise be applicable to ‘traditional’ companies.

This burden multiplies especially in developing countries where informal and casual workers make up a large part of the economy and have little to no representation and social protection. Studies show that while most platform businesses are headquartered in the global North, global South countries have witnessed a higher participation of workers in the gig economy.

Upon examining carefully from tax and labor rights implications, the growth of the platform economy represents a ‘triple threat’ for workers:

Their ability to avoid paying their fair taxes in the countries that they operate in further increases their corporate influence and power over government policies, twisting them in their favor.

As a concrete example, the Centre for International Corporate Tax and Accountability Research’s (CICTAR) recent investigation into Uber’s global tax avoidance strategy in five countries reveals that the multinational uses a complex web of Dutch shell companies to shift profits out of countries, thus effectively undermining revenue that should be used for public services and realizing human rights.

Apart from creating an $8 billion tax shelter in the Netherlands using international restructures, Uber appears to park a percentage of the payment made by any ‘user’ (outside of the US and China) of the technology platform in these Dutch shell companies. Only a part of this payment is returned to the same jurisdiction. In fact, even the Uber drivers and delivery couriers seem to pay a service fee to Dutch shell subsidiaries for using the company’s tech apps to perform the same services offered by Uber. Court documents from UK, India and Canada confirm that Uber drivers and couriers have direct contracts with Dutch shell entities and not with the national subsidiaries of Uber present in that particular jurisdiction.

Income parked in the Netherlands by Uber appears to be reported either as service fee payments or royalties in financial account statements retrieved from different jurisdictions. Thus, allowing the tech giant to report its profits in a tax haven while dodging its responsibility to pay tax in the given jurisdiction altogether.

What can be understood is that Uber’s treatment of its own workers, in this context, is that to a user of its technology –  problematic not just from a tax but most importantly from a labor rights perspective.

The research by CICTAR further sheds light on how digital businesses not only book their profits in tax havens thus, avoid paying their fair share of taxes but also push the responsibility of paying taxes on workers and consumers, often levied indirectly (for e.g. sales tax, petrol tax, etc.).

A Fight for Workers’ Rights

Transport workers’ unions around the world are presently challenging this mischaracterization of gig workers who have been employed as independent contractors, stripping them of their hard-earned rights.

Having made gains – recently in the Netherlands itself, unfortunately, Uber’s grand scheme of global tax avoidance and undermining of workers’ rights is representative of the state of affairs.

As the OECD and G20 rush to nail down a global tax deal to address the challenges of taxing a digital economy, the package agreed to by some countries last week colossally dismisses the urgent fiscal needs of low-income countries given the impact of the pandemic. In fact a crucial part of the agreement is to force countries to give up unilateral measures (like digital service taxes etc.) that would otherwise accrue more revenue than what is being offered to them.

The supposed Two-Pillar solution proffered by the OECD and G20 outlines a formula to reallocate profits to the country where economic activity took place applicable to a limited number of companies. The formula recognizes users and sales as parameters to establish the economic presence of a gig company in any jurisdiction. However, it does not include ‘employment’ or ‘number of employees’ as recommended by the G24 group of countries earlier in July. If included, countries recognizing “gig workers” as employees will have implications on how profits are allocated to countries in the global South.  In a rather disappointing turn, G24’s latest statement in advance of the agreement, also dropped its demand for including employment as a key factor of production in the formula for apportionment of profits.

Using only users and sales in the formula undermines redistribution of undertaxed profits for the global South, especially low-income countries, that will ultimately affect their ability to realize rights. Furthermore, the 15% global corporate income tax rate falls alarmingly short of addressing the issue of tax abuse - threatening to become a ceiling rather than a floor and short-changing populations of the Global South even further.

Instead, the OECD and G20 process has bent to the will of low-tax jurisdictions like Ireland, protecting powerful and private interests. A global deal on reforming the inherently broken international tax system should begin with decolonizing these discussions where nearly 50% of low-income countries are not represented. A democratic and representative process must recognize the relevance of these discussions by upholding labor rights, and the imperative of a fiscal space that progressively mobilizes revenue for the populations of the global South, towards a green, just, and rights-based recovery.