What Fiscal Reforms Is Latin America Clamoring for, and How Can We Make Them a Reality?

The current crisis in Colombia - where large-scale protests have been sparked by a proposed fiscal reform package - clearly shows the need for revitalizing the connection between fiscal policy and rights in the Latin American region and beyond. CESR is working with partners to do just this: opening tax debates to those whose rights are most affected by them - including the upcoming Fiscal Justice and Human Rights Week, which you can sign up for here.

Economic policies are unleashing enormous social conflict in Latin America. The world has watched with shock as a tax reform package in Colombia has brought about a massive protest movement, in the midst of the third wave of COVID19, prompting the withdrawal of the package and the resignation of the Finance Minister. The disproportionate reaction of the security forces has precipitated a serious human rights crisis, with national human rights organizations estimating that at least 47 people were killed and hundreds injured. Events in Colombia add to a regional pattern of popular protests caused by economic reforms, which end in fierce repression and massive violations of rights to life, bodily integrity, and the right to freedom association. It’s hard to avoid the comparisons with what happened in Ecuador or Chile in 2019.

There is no doubt that the countries of the region need to mobilize more resources to respond to long-standing and emerging inequalities which the COVID crisis has exacerbated.  The necessity of deep reforms is urgent, given that Latin America is the region worst hit by COVID-19, by many measures. The Economic Commission for Latin America and the Caribbean (ECLAC) has estimated that two decades of progress against extreme poverty have been lost. Nearly a third of global deaths due to COVID-19 are concentrated in the region, despite it having less than 8% of the global population. But, the scope of these forms and the manner in which they are built are crucial factors for defining their viability. 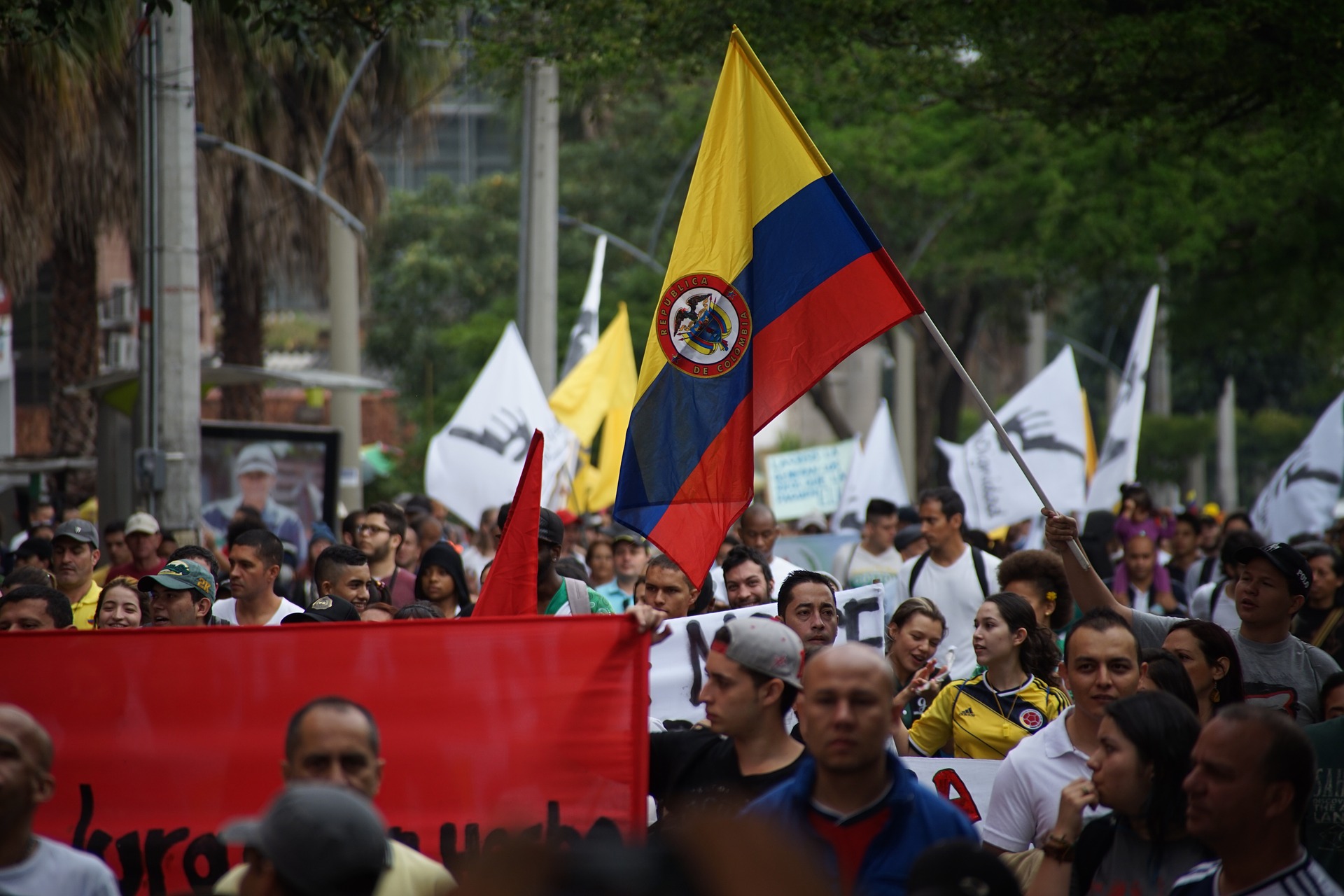 In the Colombian case, for example, the government and the defenders of the reform argued that it was simply a proposal to build a more progressive tax system, and its approval would result in a significant reduction in inequality. The reform package included some of the measures that have already been implemented by a small group of countries in the region, for instance, a temporary wealth tax (implemented in Argentina and adopted in permanent form in Bolivia), as well as green taxes and some temporary “solidarity taxes” on businesses and high wages. However, it also sought to extend VAT to some basic products, and increase the number of middle-class individuals paying income tax, components which were roundly and indignantly rejected. The promise to extend VAT refund schemes and other subsidies to those on lower incomes were not enough to reverse the opposition.

What does this tell us about the type of reforms which the countries of the region should pursue? First, in fiscal debates, trust in governments and regarding the process behind any reforms are absolutely fundamental elements. It is not enough to say that a reform is ambitious and technically solid, or blame the people for their failure to understand its benefits, or for lacking solidarity. It is crucial to build the connection in people’s minds between a sufficient, equitable tax system and their rights. If people don't see the taxes they pay reflected in actions, services, and institutions that protect and fulfill their rights, it is no wonder they are distrustful of any tax reform proposed. This is about rethinking the way of taking - and even of debating - fiscal decisions, so that they are no longer discussed and defined solely by small circles of experts, behind the backs of the broader population. Women, indigenous peoples, and afro-descendant communities - and the population in general - should be able to meaningfully participate in these decisions.

A second lesson that governments should seriously grapple with, is that in order to change the perception of profound injustice which people have about their fiscal systems, the order and the scope of reforms matter. If you don’t first impose a greater demand on the richest individuals or on corporations that have made extraordinary profits during the pandemic, it is understandable that the population will reject the imposition of responsibility on the middle classes and other sectors.

Finally, to achieve structural changes, the concrete measures which are adopted have to be connected with deeper fiscal debates on a range of closely connected issues. The lack of progressive tax reforms in the past, or the proliferation of tax privileges to interest groups, has contributed to sky-rocketing debt levels which are now being used as an argument to impose drastic austerity measures - with the Colombian reform being just the latest example of this misguided approach.

Although Latin America will be the region with the biggest external debt servicing costs in relation to its exports of goods and services, imposing harsh austerity measures at exactly the moment in which fiscal policy needs to underpin an economic recovery will only serve to worsen the problem and exacerbate the social and human rights crisis in the region. There are more progressive alternatives to mobilize resources which States should prioritize. In addition, the international community should do its part to expand the fiscal space of countries in the region - and throughout the Global South - through debt relief, cancellation and restructuring, and the issuance of Special Drawing Rights - which the UN, the IMF, and ECLAC have all called for. The fiscal debate can’t continue following the same dead-ends as it did before the pandemic.

In pursuit of promoting bolder, more progressive fiscal reform measures, CESR has been working intensively with allies in Latin America and the Caribbean, especially the other organizations which make up the Initiative for Principles on Human Rights in Fiscal Policy, the Red de Justicia Fiscal de América Latina y el Caribe and Latindadd. As well as the dialogues held at the end of 2020 with members of both the fiscal justice and indigenous movements, in recent months we’ve convened a series of conversations with feminist organizations from Central America, Paraguay, Brazil, and Ecuador, and with the trade union movement in Argentina. The ultimate aim has been to explore possible points of synergy between the fiscal justice, feminist, and labor rights agendas, a task which has particular relevance due to the disproportionate suffering which these groups have endured during the pandemic. In order to achieve transformative fiscal measures, the strategic actions proposed by civil society include:

•    Monitoring the responses of States to COVID-19 (and the assistance provided by International Financial Institutions), from a human rights perspective .
•    The use of strategic litigation and other legal advocacy tools to challenge fiscal policies which harm human rights.
•    Advocacy and action targeted at development finance institutions and development banks;
•    And undertaking campaigns to incorporate fiscal justice and human rights concerns firmly into the economic responses to the pandemic.

Many of these efforts will be reflected, discussed, and advanced in the forthcoming Week of Fiscal Justice and Human Rights, an excellent opportunity to find a just path out of the multiple crises which are pummeling the region. Under the auspices of this week, the world will be introduced to the Principles for Human Rights in Fiscal Policy, a groundbreaking new framework that can enable States, monitoring bodies, and civil society to tackle fiscal debates in a way which truly reflects current challenges. During the week there will be a series of events to discuss the connection of fiscal policies with the climate and environmental crisis, gender inequality, the massive inequalities which affect Indigenous peoples and the Afro-descendant population, the right to secure housing, and more. We're also interested in hearing from people outside the region, about the common struggles they are confronting or how the outlook may be different in their context.

Please join us! You can sign up to receive the complete schedule for the Week of Fiscal Justice and Human rights here.

Image by  Samuel Ruiz on Pixabay