After a complaint submitted by CESR and allies, the UN Committee on the Elimination of Racial Discrimination (CERD) called out Germany, Switzerland, the UK, and the US for violating international law and replicating colonial hierarchies by blocking access to COVID vaccine and treatment technologies. 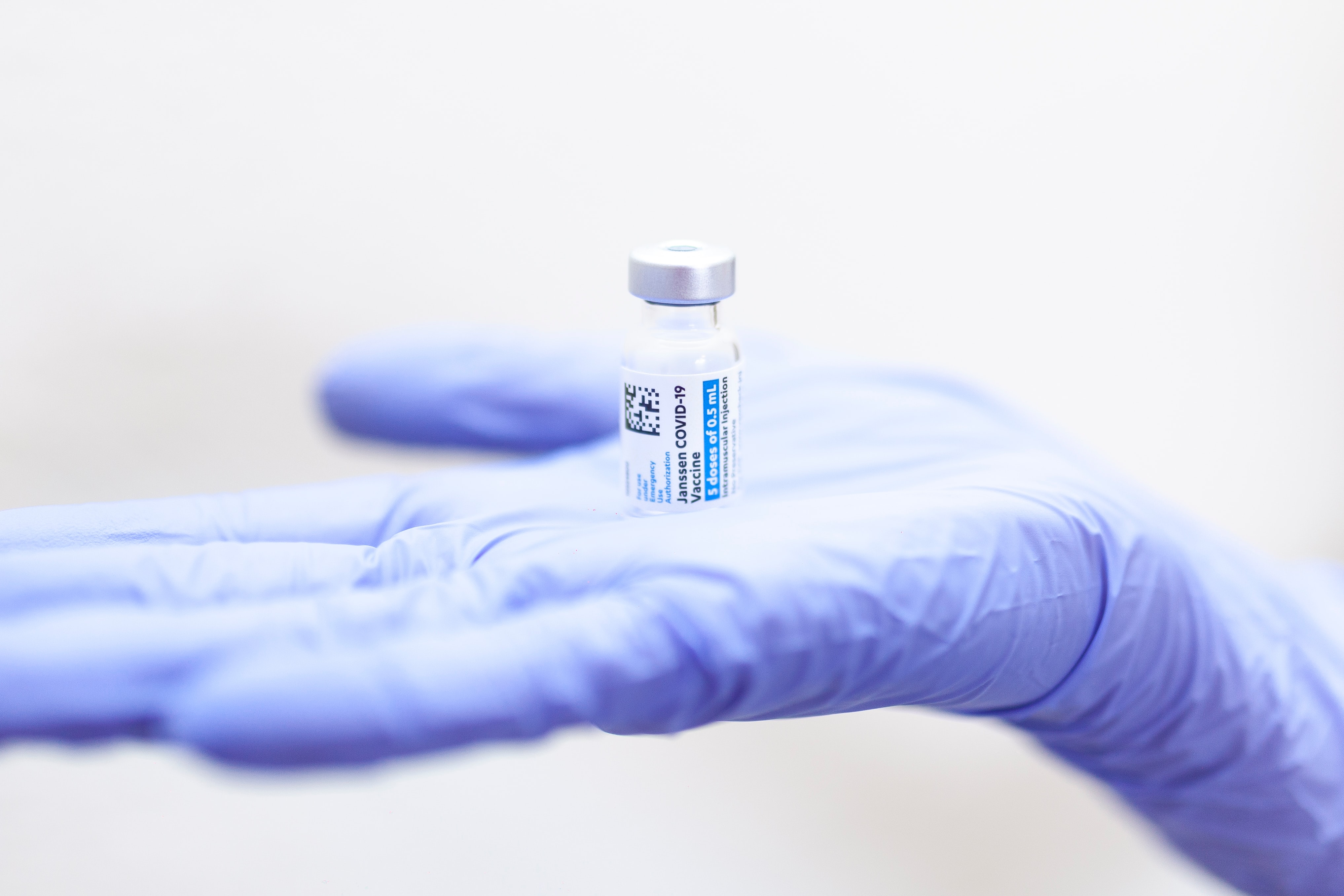 In a historic statement released this week, the United Nations Committee on the Elimination of Racial Discrimination (CERD) starkly warned that “only 15.21% of the population of low-income countries has received even one vaccine dose, creating a pattern of unequal distribution within and between countries that replicates slavery and colonial-era racial hierarchies.” As the Committee notes, under the International Convention for the Elimination of All Forms of Racial Discrimination, States are obligated to eliminate all forms of racial inequities.

The statement comes in response to a complaint submitted by CESR and an international coalition of human rights law groups, public health experts, and civil society organizations, arguing that Germany, Switzerland, the UK, and the US are in violation of international human rights law by failing to intervene on what has been an inequitable and racially discriminatory rollout of COVID vaccines and other healthcare technologies. The complaint urged the Committee to take action in advance of the upcoming World Trade Organization’s Ministerial Conference, where it is anticipated that States will consider the proposal to waive intellectual property barriers.

Acting on the petition submitted under their Early Warning and Urgent Action procedure, the Committee stressed “the insufficient supply of vaccines due to unequal global distribution necessitates urgent measures in relation to the intellectual property regime,” which restricts the supply of COVID-19 healthcare technologies through a web of patents, trade secrets, and other monopoly protections.

The Committee called specifically on Germany, Switzerland, the UK, and the US to support “the proposal of a comprehensive temporary waiver on the provisions of the [Trade-Related Intellectual Property Rights] (TRIPS) Agreement,” among other measures to mitigate the disparate impact of the pandemic. The Committee also held the named States to account for failing “to mandate COVID-19 healthcare technology transfers from nationally based pharmaceutical companies,” recalling their obligation “to ensure equal access to lifesaving healthcare services, including testing, vaccines and medical treatments.”

The CERD statement is significant for its recognition of the historical root causes of the present COVID-19 vaccine and healthcare inequity, both within and among States, and how opposition to the TRIPS waiver sustains structural racial subordination. As the Committee noted, the “disproportionate impact of the pandemic on those groups protected by the Convention in terms of higher levels of morbidity and mortality is in significant part attributed to consequences of the historic racial injustices of slavery and colonialism that remain largely unaccounted for today and the contemporary racially discriminatory effects of structures of inequality and subordination resulting from failures to redress the effects of racism rooted in slavery, colonialism and apartheid.”

Moreover, the statement stands out for acknowledging structural racism as a global system that States have a duty to eradicate. In this regard, the Committee expressed deep concern that “the pattern of unequal distribution of lifesaving vaccines and COVID-19 technologies between and within countries manifests as a global system privileging those former colonial powers to the detriment of formerly colonized States and descendants of enslaved groups.” The statement can be read as an acknowledgment of the extra-territorial obligations which States owe to ensure the realization of economic and social rights for all, even those beyond their borders. This underscores the importance of global solidarity in addressing the ongoing effects of the pandemic, especially on the most marginalized groups.

The petition (both the original Oct 2021 submission and its March 2022 update) to the UN Committee on the Elimination of All Forms of Racial Discrimination can be found here. 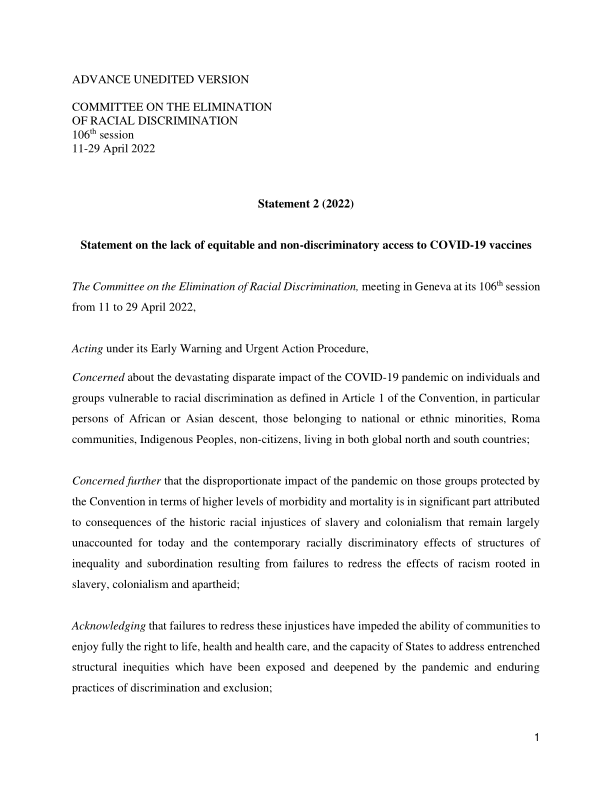