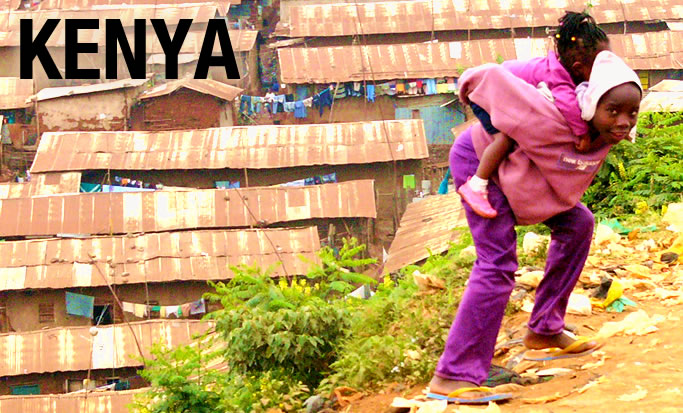 But economic gains in the past decade have been unevenly distributed and the country has faced a number of internal and external crises. While poverty levels have decreased, just under half of the population still lives below the poverty line. Further, sharp geographic and socio-economic disparities in levels of rights enjoyment suggest that the government's duty of equality and non-discrimination is not being met. For example, CESR’s work with national partners in Kenya has highlighted a number of areas where the gap between rich and poor is most conspicuous.

With a persistently high maternal mortality ratio (488 deaths per 100,000 live births) and less than half of women receiving care when giving birth, progress towards MDG Goal 5 on maternal health was slow in Kenya. In rural areas, in particular, long distances to health facilities, a lack of ambulances or other transportation, the cost or lack of health care professionals discourage mothers from seeking care. Rapid urbanization has created ‘high population density hotspots’ characterised by deplorable living standards, poor sanitary conditions and chronic poverty. Diseases are spread by a lack of toilet facilities; poor quality water used for drinking, cleaning and cooking; in some cases a total lack of water, which means many residents are unable to wash their hands before preparing and eating food; and poor drainage systems that clog with waste water, forming breeding sites for parasites. Unequal access to health services further contributes to lower health outcomes for Nairobi’s urban poor living in informal settlements.

CESR's work in Kenya aimed at strengthening national accountability of economic and social rights by supporting the National Human Rights Commission's monitoring efforts and partnering with civil society organizations undertaking research and advocacy on the right to health (RTH) in Nairobi’s informal settlements; with a particular focus on the right to water and sanitation (RTWS) as underlying determinants.

CESR's factsheet on Kenya provides a graphic overview of selected elements of the human rights to education, health, food, water and housing. It seeks to highlight areas where government efforts to realize these rights may be inadequate. It was prepared in light of Kenya's appearance before the UN Committee on Economic, Social and Cultural Rights (CESCR) in November 2008.

The 41st Session of the Committee on Economic, Social and Cultural Rights

CESCR is the body of independent experts that monitors implementation of the International Covenant on Economic, Social and Cultural Rights.

Part of CESCR's 41st session (November 3-21, 2008 in Geneva) focused on the consideration of the state reports submitted by Kenya. The discussion of this meeting can be found here. Based on the information provided in the factsheet, the Committee members asked the Kenyan government questions about:

In light of its consideration of Kenya's reports, and the subsequent discussion, the Committee adopted its concluding observations. These concluding observations list principal subjects of concern along with suggestions and recommendations to the state party. Some listed concerns that were presented in CESR's fact sheet include:

Other NGOs also contributed parallel reports on the Kenyan government's compliance with the International Covenant on Economic, Social and Cultural Rights.

This first blog in our “OPERA Stories” series highlights NGO Hakijamii's use of OPERA, our analytic framework, to support rights-claiming in Kenya. 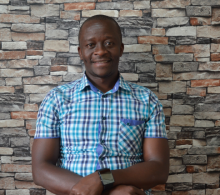 While UN human rights bodies are issuing stronger recommendations on ESCR, CESR works with national partners around the world to build up implementation tracking mechanisms.

In May 2012 the KNCHR released the findings of its national public inquiry into sexual and reproductive health.

CESR is deeply saddened by the loss of our ally and friend Odindo Opiata, one of Kenya's most important human rights defenders.

Sharp disparities between provinces suggest the government's duty of non-discrimination is not being met. 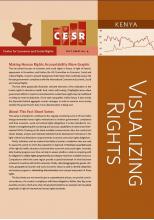 OPERA in Practice: Silenced Minds - The Systemic Neglect of Mental Health in Kenya

CESR and partners used OPERA to monitor the government's fulfillment of the right to mental health.

Sharp disparities between provinces suggest the government's duty of non-discrimination is not being met.

OPERA Stories: Advancing rights implementation in Kenya
This first blog in our “OPERA Stories” series highlights NGO Hakijamii's use of OPERA, our analytic framework, to support rights-claiming...
Kenya: Using OPERA to ensure UN recommendations are met
While UN human rights bodies are issuing stronger recommendations on ESCR, CESR works with national partners around the world to build up...
From Kenya to Kuala Lumpur: boosting the role of national human rights institutions
2012 has seen the Center working closely with national human rights institutions in Kenya, New Zealand and Malaysia to boost their capacity...