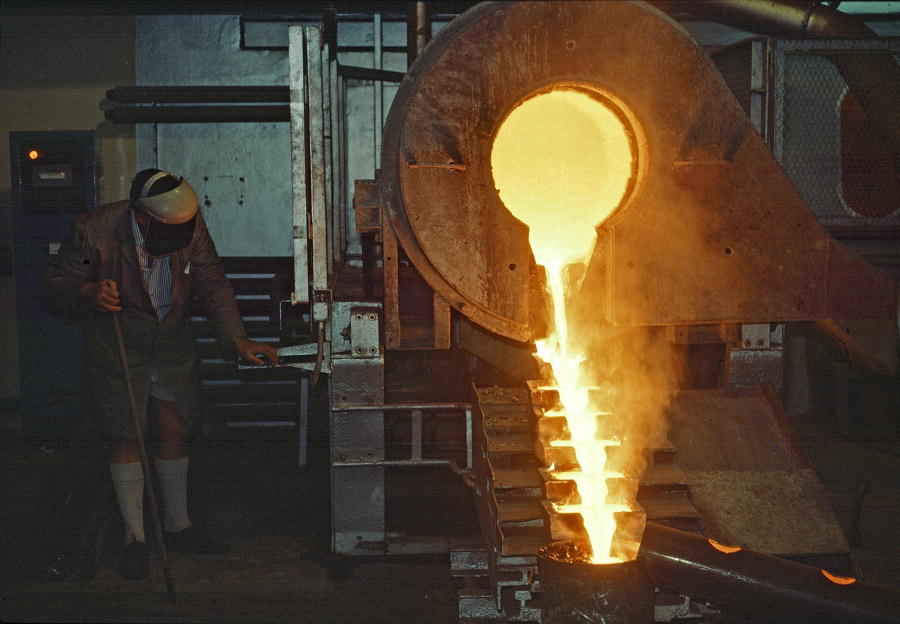 Ordinary people often reap little benefit from the wealth that is extracted from their countries. Photo: UN

Last week in Geneva the Committee on Economic, Social and Cultural Rights – a UN human rights body – held a discussion of its draft General Comment on State obligations in the context of business activities. This General Comment – as an authoritative interpretation of States’ duties under the International Covenant on Economic, Social and Cultural Rights (ICESCR) – will fill an important gap in applying human rights law to situations of business-related abuses of these rights occurring within States’ territory as well as overseas.

Corporate taxation remains an under-explored yet critical piece of the business and human rights puzzle, as confirmed by various participants in the discussion. Alongside the more direct ways businesses can adversely impact human rights (such as labor abuses, water pollution, etc.), the amount of tax corporations pay, and where they pay them, has profound human rights implications. All human rights, particularly economic and social rights, have financial costs. Yet, as the Luxleaks and Panama Papers scandals showed, tax dodging remains rife in the global economy. When companies hollow out the State’s ability to resource and realize economic and social rights by evading or avoiding paying their fair share of tax, they are indirectly responsible for human rights infringements.

As detailed in a factsheet co-authored by CESR, tax dodging by multinational copper firms such as the Swiss-headquartered Glencore in Zambia may amount to as much as $326 million annually, equivalent to about 60 percent of the country’s health budget. In India, meanwhile, just one Swiss bank helped high-net-worth individuals dodge taxes at a cost of up to $1.2 billion in direct tax revenue; 6 percent of total social sector expenditure in 2016. Such practices unquestionably impact on the enjoyment of economic, social and cultural rights (ESCR) overseas. While the profit shifting itself is undertaken by private actors, it is clearly and openly enabled by particular governments, and therefore these governments’ responsibilities as State parties to international human rights treaties such as the ICESCR are triggered.

The UN Committee members are acutely concerned by the phenomenon of tax avoidance and evasion, as illustrated by recent ‘Concluding Observations’ in its reviews of certain States. In particular, last July the Committee called on the UK government – one of the world’s biggest facilitators of corporate tax avoidance – to “take immediate steps to ensure that its financial and tax laws do not undermine the human rights of its own citizens or the citizens of other countries.”

This concern also shows itself in the early draft of the General Comment, which clearly states that raising revenue through corporate taxation is an important part of the State’s duty to fulfil ESCR in its territory. The draft mentions that a government’s failure to “take measures against tax evasion that diminish public resources towards the realization of economic, social and cultural rights” may violate its human rights obligations. These statements are critically important – the realization of ESCR (and indeed all human rights) is dependent upon public resources that can, for example, pay for hospitals, schools and water systems. These resources will be raised from a variety of sources (including aid in some countries), but in all contexts progressive taxation is a lynchpin of public revenue raising. Those who can most afford to pay (including profitable multinational corporations and their executives and shareholders) must pay their fair share, and loopholes which allow them to escape tax should be closed.

What’s more, the draft goes on to say that as part of their obligation to respect human rights extraterritorially (beyond their borders), “States Parties should ensure that they do not obstruct another State from complying with its obligations under the Covenant. This duty is particularly relevant to the negotiation and conclusion of trade and investment agreements or of financial and tax treaties.” In addition, States should encourage business actors whose conduct they are in a position to influence to assist the States parties in which they operate in their efforts to fully realize the Covenant rights. This would include “contributing to State ability to mobilize resources for the realization of economic, social and cultural rights, by refraining from strategies to avoid paying taxes in the countries concerned.” Tax haven countries be warned.

The Committee’s approach to applying human rights law to corporate taxation is very welcome. While good tax behavior by companies is critical to their social responsibilities, ultimately it is sovereign States – as primary human rights duty-bearers – that set the legal and regulatory framework which either promotes, or prevents, corporate tax abuse. All governments have duties to protect the tax base. It can be argued that tax haven countries, otherwise called financial secrecy jurisdictions, which shield companies from paying their fair share in the countries from which they extract value, have special duties to respect other nations’ abilities to raise revenue that is desperately needed for investment in the goods and services that people depend on to enjoy their rights.

As the Committee continues to develop its General Comment, it is imperative that the obligations of financial secrecy jurisdictions are highlighted. Especially critical is to recognize that these legal duties compel them to respect other countries’ fiscal space and to phase out all the ways in which they encourage profit-shifting, be it through tax treaty networks, or other common techniques such as tax competition, financial secrecy or lax corporate reporting standards.

Further, as recognized by the Committee on the Elimination of Discrimination Against Women, tax haven countries should be required to conduct independent and periodic spillover assessments of the human rights impacts of their tax and financial secrecy policies as part and parcel of their duty to protect against business-related abuses. Given the pervasive lack of corporate tax transparency, it is incumbent on States to protect, rather than criminalize, whistleblowers who release critical tax data in the public interest.

As the Chair of the Committee on Economic, Social and Cultural Rights said at the close of the discussion, the Covenant is a living instrument. It is through these General Comments that it is given life, and that understanding of its provisions can evolve to take into account the biggest contemporary threats to ESCR. Undoubtedly, as so many recent studies have shown, the massive scale of cross-border tax abuse by multinational corporations is a major threat to human rights enjoyment globally. As a flurry of debates on the future of corporate income tax occur from Washington DC to London to Geneva, the UN Committee’s new guidance to be finalized soon is a welcome opportunity to set out more firmly the human rights legal baseline of expectations for States’ corporate tax policies.