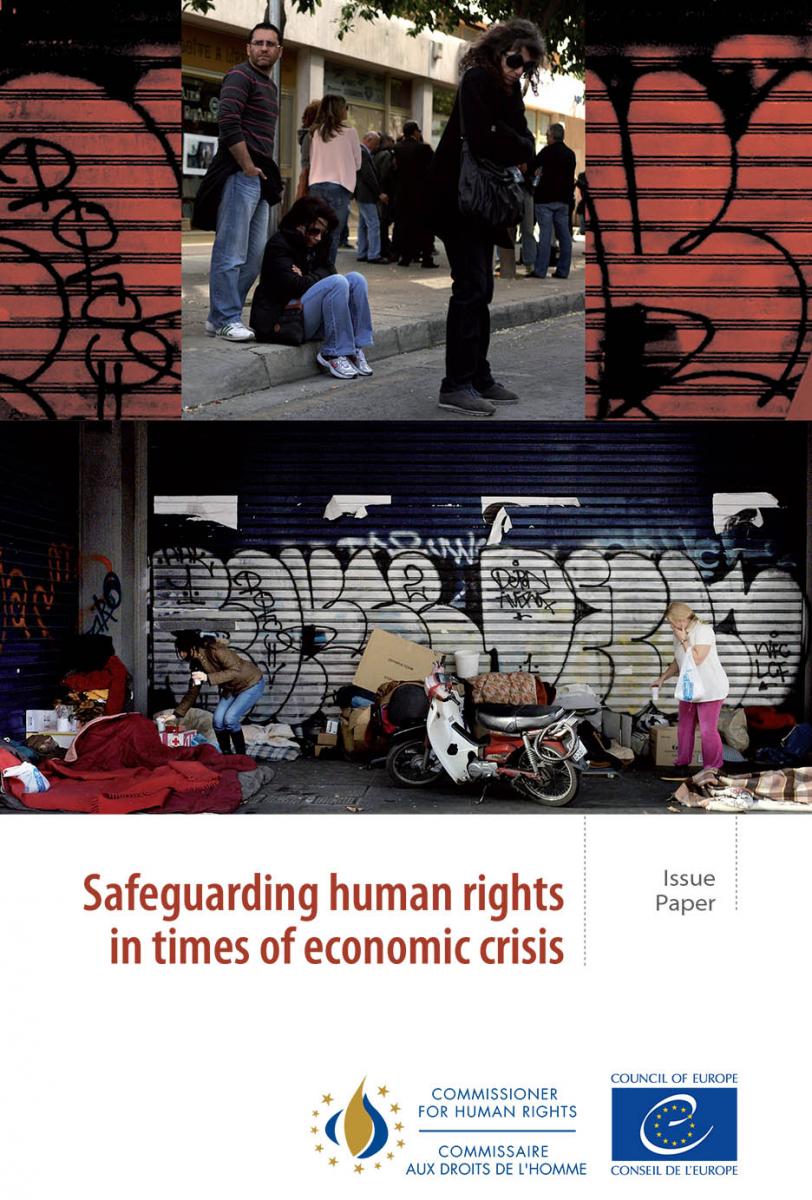 Pressure over the human rights impacts of austerity measures is growing after the Council of Europe's Commissioner for Human Rights criticized European governments and international institutions for ignoring human rights when applying such policies.  A Council of Europe issue paper, commissioned from the Center for Economic and Social Rights (CESR) and published yesterday by the Commissioner, assesses the severe consequences of fiscal austerity measures across the full range of human rights and sets out an agenda for European governments and international bodies to secure the human rights of all people in times of economic crisis.

"Many governments in Europe imposing austerity measures have forgotten about their human rights obligations, especially the social and economic rights of the most vulnerable, the need to ensure access to justice, and the right to equal treatment," said the Commissioner for Human Rights, Nils Muiznieks, upon the release of the publication, 'Safeguarding human rights in times of economic crisis' in Brussels on Wednesday. "Regrettably, international lenders have also neglected to incorporate human rights considerations into many of their assistance programmes."

Record levels of unemployment, especially among young people, a sharp rise in homelessness, eviction and foreclosure, and escalating levels of poverty and inequality across Europe are highlighted as some of the most alarming consequences of the crisis, compounded by the austerity measures imposed in its wake. The latter have typically included social spending cuts, regressive tax hikes, a weakening of labor protections and reduced pension provisions. Almost a quarter of the population of the EU 27 is now at risk of poverty or social exclusion, with already disadvantaged groups such as women, people with disabilities, older people and the Roma community bearing the brunt disproportionately.

The paper outlines the human rights standards applicable to situations of economic crisis and surveys relevant cases where these have been invoked, whether in constitutional court challenges to austerity or cases brought under the Council of Europe's human rights treaties, including the European Convention on Human Rights and the European Social Charter. It proposes a twelve-point agenda for safeguarding human rights in situations of crisis, such as conducting systematic human rights and equality impact assessments before and after crisis-response policies are adopted, enssuring effective access to justice for those adversely affected and putting in place safeguards in relation to social protection, non-discrimination and decent work.  The Commissioner also recommends more effective regulation of the financial sector and greater international cooperation to combat tax evasion, as a resource-generating alternative to austerity. He calls on the Troika (the European Union, the European Central Bank and the International Monetary Fund) to ensure that any loan or bail-out conditions do not constrain a country from fulfilling its human rights obligations.

Particular attention is given to the role National Human Rights Institutions (NHRIs) and equality bodies can play in monitoring and reviewing the design and implementation of crisis-response measures, facilitating participation and accountability, and raising public awareness about the human rights alternatives to austerity. NHRIs are ideally placed to advise governments on how human rights should be reflected in policy choices and resource allocations.

The paper adds the authoritative voice of Europe's senior human rights official to the growing body of skepticism over both the legal and economic rationale for austerity, and represents a timely advocacy tool for civil society groups working to protect human rights in the wake of the downturn.

"Unjust austerity measures have been imposed in Europe and across the globe with very little accountability for their drastic human rights consequences," said Ignacio Saiz, CESR's Executive Director. "The aim of this collaboration with the Commissioner is that his recommendations will spur broader efforts to hold governments, regional institutions and the IMF more answerable to their human rights obligations in future."