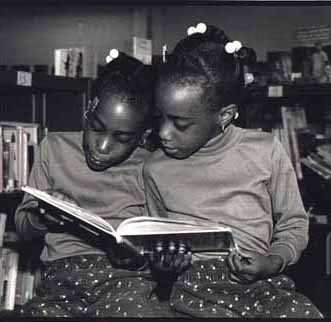 On November 5 in Geneva, the U.S. government defended its human rights record before the United Nations Human Rights Council. It was the first time the United States has participated in the Universal Periodic Review (UPR) that every UN member country undergoes. CESR together with other human rights organizations contributed submissions on the United States’ record on economic and social rights to the Human Rights Council in advance of the UPR session.

After the U.S. delegation presented its preliminary comments based on its country report, a number of countries submitted their recommendations. Diverse issues where highlighted by different states. Among them:

Almost every intervention by other countries mentioned the need for the United States to ratify some of the core international human rights treaties. Those included the Convention on the Right of the Child (CRC), the Convention on the Elimination of All Forms of Descrimination Against Women (CEDAW), the Convention on the Rights of People with Disabilities (CRPD) and the International Covenant on Economic, Social and Cultural Rights (ICESCR), as well as its Optional Protocol. Countries such as Norway, Bangladesh and Brazil called for the full recognition of the protection and promotion of economic and social rights and the adoption of further measures for the economic and social rights of women and minorities, including the right to decent work and reducing the number of homeless people.

The response of the U.S. government on the ratification of the ICESCR was, however, dissapointing. As Michael Posner, assistant U.S. secretary of state for democracy, said: "Some countries ratify treaties and then work towards compliance with their provisions. The United States follows a different path. We seek to ensure domestic compliance before we ratify treaties. We also are bound by a constitutional requirement that before treaties are ratified two-thirds of our Senate has to provide its consent at ratification of 67 votes. Despite this, the Obama administration is strongly committed to ratification of CEDAW and the Convention on the Rights of People with Disabilities and we are pursuing those objectives very much in line with your comments."

The U.S. delegation gave no clear intention about what will happen with the ICESCR. Although the United States' report to the UPR references issues such as health, education, and housing, a further commitment to complying with international standards appears to remain distant.

The way the U.S. government engaged with civil society during this process is worth highlighting, however. As well as the national consultation in preparation of the official country report, an innovative approach was taken. The U.S. government organized meetings with NGOs in Geneva and in Washington after its presentation at the UPR plenary session. This presented an opportunity to further scrutinize the U.S. delegation about both its positions and measures planned to ensure the protection of human rights.

During the UPR session in Geneva, CESR, in coalition with the US Human Rights Network, Center for Women's Global Leadership, ESCR-Net, Urban Justice, Political Economy Research Institute organized a side event, Human Rights in the U.S.: Building foundations for Freedom from Want in the Land of Plenty. This space opened the opportunity for a dialogue between representatives from civil society and states' delegations about the United States' examination under the UPR and future steps.