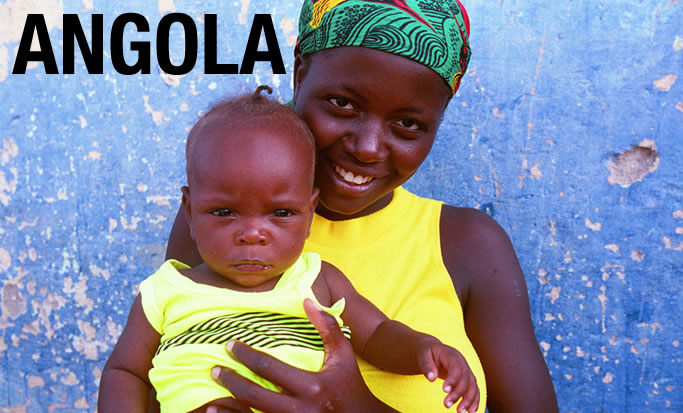 Although Angola has one of the highest levels of GDP per capita in Sub-Saharan Africa, average life expectancy is 41 years and 69 percent of Angolans live below the poverty line. The country's 27-year civil war took a heavy toll, but given its resources, data suggests not enough progress in realizing economic and social rights has been made since the end of the war in 2002.

Angola appeared before the Committee on the Elimination of All Forms of Discrimination Against Women on 20 February 2013. On the occasion of this important dialogue, CESR, together with its partners the Chr. Michelsen Institute, the Open Society Initiative of Southern Africa and Rede Mulher Angola, submitted a report examining the country's performance with regard to maternal and reproductive rights. The report analyses the current enjoyment of these rights in the country, and the policies the state has implemented to fulfill them.

Angola's lacklustre performance in the provision of economic and social rights, despite its relatively strong economic indicators, was previously addressed by the Center when the country appeared before the UN Committee on Economic, Social and Cultural Rights (CESCR) in November 2008. On that occasion, CESR's factsheet (aqui em português) provided a graphic overview of selected elements of the human rights to education, health and water, seeking to highlight areas where government efforts to realize these rights may have been inadequate. The discussion of this meeting can be found here. Based on the information provided in the factsheet, the Committee experts asked the Angolan government questions about:

In light of its consideration of Angola's reports, and the subsequent discussion, the Committee adopted its concluding observations. These concluding observations list principal subjects of concern along with suggestions and recommendations to the State party. Some of the most pertinent recommendations, particularly in the light of CESR's 2013 submission to CEDAW, are reproduced below:

The United Nations expert body on gender discrimination has called on Angola to address the poor protection of maternal health and reproductive rights in the country.

CESR and partners' submission to CEDAW about women's reproductive rights in Angola.

Although Angola has one of the highest GDP per capita in Sub-Saharan Africa, average life expectancy is 41 years and 69 percent of...