We also contributed to this joint submission filed by the U.S. Human Rights Network (USHRN), a coalition of civil and human rights organizations and advocates from across the country, provides information under Sections B, C, and D as stipulated in the General Guidelines for the Preparation of Information under the Universal Periodic Review (UPR). CESR collaborated with USHRN on the joint submission, in particular with analyses from CESR's fact sheet on economic and social rights in the United States, published in May 2010.

The USHRN recognizes the positive steps the U.S. government has made towards the advancement of human rights, but remains concerned about the large number of individuals whose fundamental rights as provided for under the Universal Declaration on Human Rights (UDHR) remain unprotected, and the racial, ethnic, and gender disparities that persist in the enjoyment of those rights. 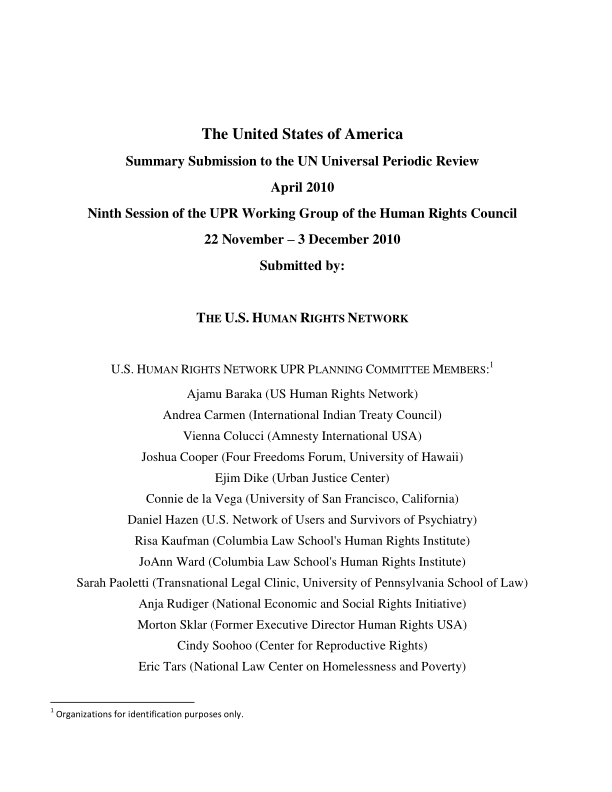 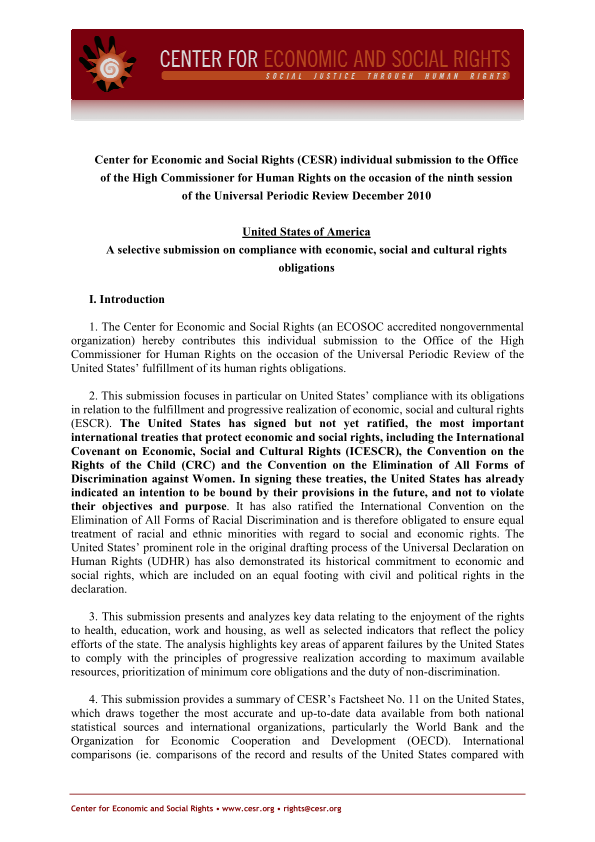