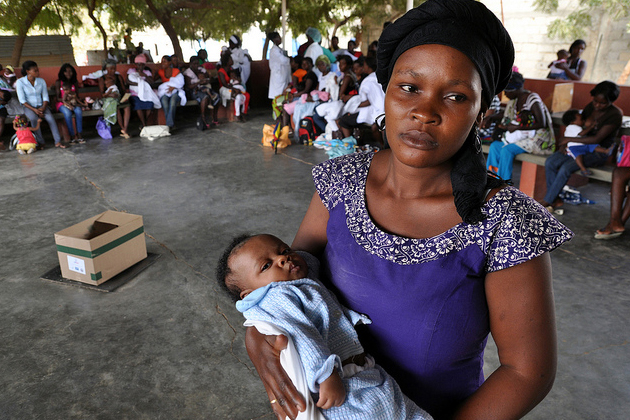 The United Nations expert body on gender discrimination has called on Angola to address the poor protection of maternal health and reproductive rights in the country. Following its recent review of the African nation, the Committee on the Elimination of Discrimination Against Women (CEDAW) has issued a set of concluding observations with recommendations on how to tackle the stark inequities and shortcomings in women’s healthcare. The UN body’s assessment paints a bleak picture of the state of maternal health in Angola, emphasizing how the inadequacy of funding to the health sector limits access to basic services, particularly for rural women.

CEDAW’s recommendations echo those made by CESR and its partners in a report sent to the Committee ahead of the session. Together with the Open Society Institute of Southern Africa, Rede Mulher and the Christen Michelsen Institute, CESR produced an analysis of the state of maternal health and reproductive rights in Angola showing that despite spectacular rates of economic growth, efforts to protect women’s rights in this area remain woefully ineffective. Shortcomings in service provision are a visible effect of inadequate resource allocation, while a pervasive lack of accountability, together with a marked concentration of political and economic power, effectively excludes people living in poverty, particularly women, from policy-making and resource management. Given the torrent of revenue that has been flowing from Angola’s oil industry in recent years, it seems clear that it is the inequitable distribution of resources that is undermining health services, rather than a lack of resources, as the government has claimed.

Our research identified a number of concrete proposals that are reflected in the recommendations of the Committee. Given the pronounced lack of data provision in the country, these include establishing systems for regular collection, analysis and publication of disaggregated data on maternal mortality and morbidity across the country, together with an effective information system focusing specifically on the health sector, so as to facilitate evidence-based planning and budgeting. It is also crucial that the government develop and implement a rights-based reproductive health strategy and plan of action that includes concrete time-bound targets, especially for poor women, rural women and adolescents. Efforts to address both human resource gaps and chronic shortages of medicines and supplies must likewise be stepped up. At the legislative level, meanwhile, reforms to the penal code must be adopted and further measures taken to ensure all women have access to safe and legal abortion, in line with previous recommendations of international human rights bodies. Underpinning all these is the need to ensure the strategy and plan of action are sufficiently funded and effectively managed through increased provision of resources and more effective budgeting and financial oversight.

These proposed actions should be urgently taken if the Government of Angola and its international partners are serious about tackling the worrying state of maternal health and reproductive rights in the country.