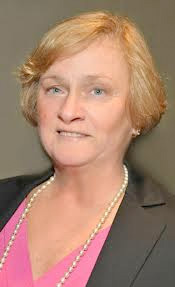 Both the board and staff of CESR would like to express their sadness at the passing of our friend and colleague Linda Cassano, who lost her life to pancreatic cancer in July this year. Linda, who served on CESR’s board as treasurer from to 2008 to 2012, played a crucial role in guiding CESR’s development during a critical time for both the Center itself and the broader economic and social rights movement. Her deep commitment to CESR’s mission was always evident in her determination to make sure we stayed on the cutting edge of current affairs – for example by weighing in on healthcare debates in the US or linking CESR’s work to the concerns of the Occupy Wall Street movement. It was also manifest in her tireless willingness to give her time to important aspects of organizational management, including ensuring that policies and procedures for financial oversight met best practice standards.

Her involvement with CESR was not the only demonstration of Linda’s devotion to charitable causes, as she also served on the Board of Trustees of Manhattanville College and as President of the Saltaire New York Volunteer Fire Company. She was a consummate professional, having worked for over 20 years as a securities regulatory lawyer. During this time she held positions including Head of Compliance and Regulatory Risk for the Americas at the Commonwelath Bank of Australia and Commonwealth Australia Securities LLC. Prior to this she was also employed in the public sector at the United States Securities and Exchange Commission and for a time served as Special Assistant to the US States Attorney, New York Southern District. An accomplished scholar, she held a BA from Manhattanville College, a JD from New York Law School and an LLM from New York University.

Linda was also well-known for her athleticism and sense of adventure. Indeed she was a NASTAR champion snowboarder and continued to work as a snowboard instructor at Windham Mountain until very recently. Those who knew her will perhaps remember her best for her warmth, generosity and sense of humor, however. She is survived by her husband James McDonald and son Anthony McDonald, along with her sister Victoria and her nephew Jay Cassano.