Palestine: monitoring economic and social rights in a context ‘without parallel’ 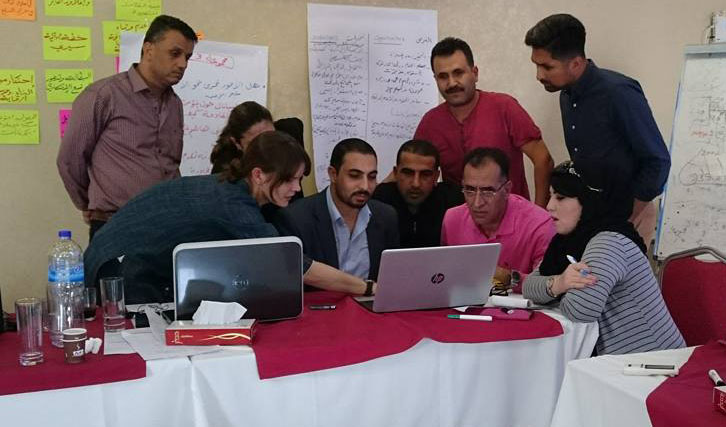 “The Palestinian economy is without parallel in the modern world”, affirmed the UN Special Rapporteur on human rights in the Occupied Palestinian Territories, Michael Lynk, when he reported to the General Assembly in October. Noting rising poverty, unemployment, and food insecurity, “the Palestinian economy is becoming more stifled and less viable under the occupation”, he concluded. Indeed, the Palestinian Authority has little fiscal autonomy; the World Bank estimates it loses USD 289 million a year under current revenue arrangements with the Government of Israel, while its lack of control over natural resources in Area C of the West Bank also results in huge revenue losses that have severely hobbled the economy.

In 2014, the Palestinian Authority acceded to seven major human rights treaties, legally obligating it to respect, protect and fulfil economic, social and cultural rights. The ongoing blockade of Gaza, severe restrictions on movement, land grabbing and resource exploitation in the West Bank, pose obvious challenges to meeting these obligations. That said, Palestinian human rights defenders see significant potential in these obligations, as a means to demand greater accountability from the Palestinian Authority for the development efforts it has pursued, and are determined to ensure they are acted on.

Last month, CESR’s Allison Corkery and Mihir Mankad travelled to Palestine at the invitation of the United Nations Office of the High Commissioner on Human Rights. There, they led a series of workshops for members of the Palestinian Human Rights Organizations Council (PHROC), which includes leading NGOs and the Independent Commission on Human Rights (ICHR). The invitation was a welcome opportunity to continue the Center’s work in Palestine, which it has undertaken periodically for over 15 years. Most recently, CESR conducted a training on monitoring economic, social and cultural rights for members of ICHR, in partnership with the Asia Pacific Forum for National Human Rights Institutions, in May 2014.

Limitations on movement meant conducting two separate events: a three-day workshop in Gaza followed by a four-day one in Ramallah. Over the course of these workshops, participants explored the relationship between poverty, development and human rights and were introduced to tools and techniques needed to monitor these issues from a human rights perspective. In particular, participants were taken through the four steps of OPERA – CESR's monitoring framework which compares outcomes, policy efforts and resources to make an assessment of human rights compliance – and honed skills such as developing human rights indicators and benchmarks; collecting, analyzing and visualizing primary and secondary data; and analyzing government budgets.

In recognition of the exceptional circumstances in which civil society groups are working, our goal in designing the workshop was to share some of the strategies, approaches and tools that CESR has used in its work. Then, as a group, to reflect on and discuss how these might support efforts to monitor the performance of the Palestinian Authority in meeting its economic, social and cultural rights obligations and how the occupation impacts on that performance.  A major takeaway from participants was the importance of adopting a more systematic approach to monitoring economic, social and cultural rights that can show how specific violations fit within broader trends – critical in the lead up the 50th anniversary of the occupation next year.