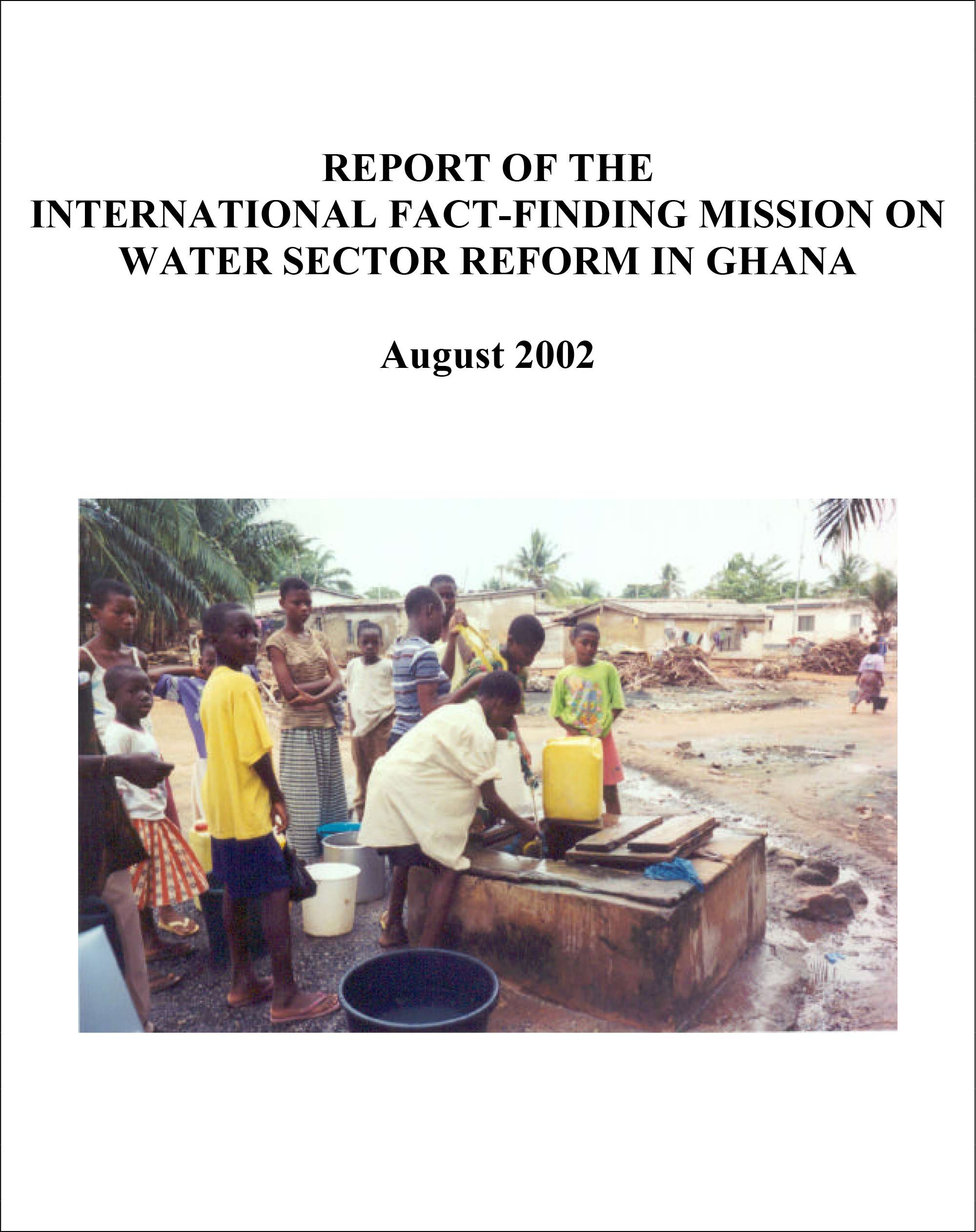 In April 2002 the Center for Economic and Social Rights took part in the International Fact-Finding Mission on Water Sector Reform in Ghana. The resulting report found that treated water was available to 62-70 percent in urban areas and 35-40 percent in rural areas. In urban areas, however, only 40 percent of people have working tap water. Seventy-eight percent of the poor in urban areas do not have piped water. The lack of access to clean water and to sanitation systems are central public health concerns, globally and in Ghana. The human right to water is considered by the Committee on Economic, Social and Cultural Rights as a prerequisite for the realization of other human rights.