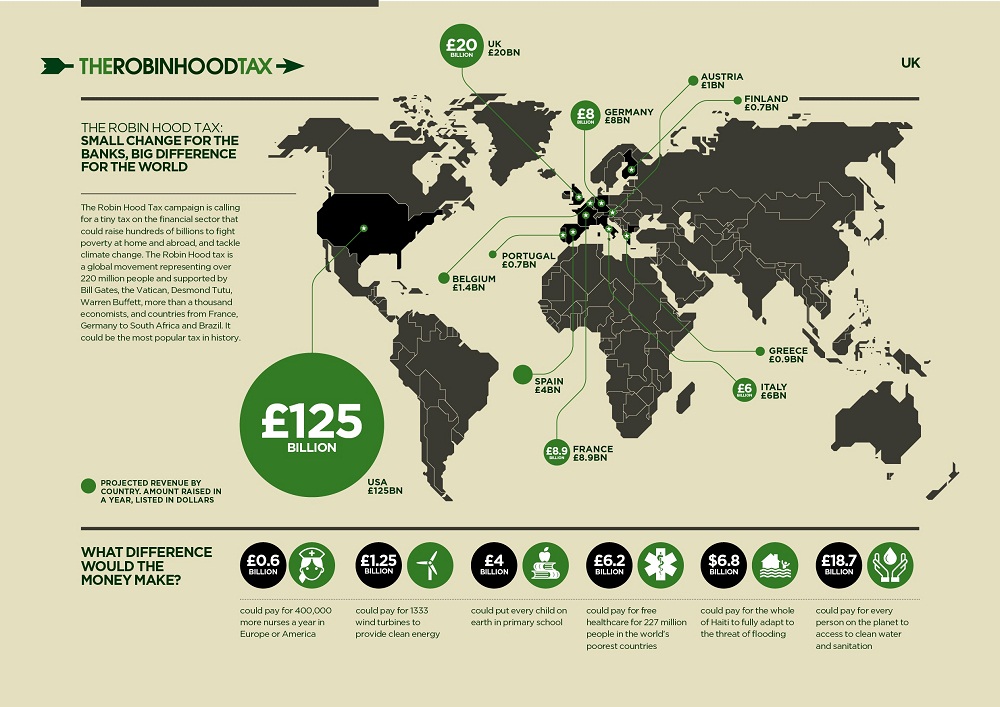 Years of campaigning on the part of social justice organizations looks set to bear fruit in the near future after a group of 10 European countries agreed to move forward in implementing a regional financial transactions tax. Despite continuing resistance from some members of the European Union, a coalition of 10 states led by France and Germany has decided to press ahead by launching a formal request for enhanced cooperation on the matter. Their plan is to implement the FTT, or ‘Robin Hood Tax’ as it has come to be known, by December this year.

Furthermore, both EU President José Manuel Barroso and French President Francois Hollande have indicated that  much of the revenues generated by the FTT should be chanelled towards development aid. If properly implemented the FTT, which levies a tiny tax on international financial transactions, could generate significant resources for the protection of economic and social rights while while also curbing the kind of destabilizng currency speculation which contributed to the current economic crisis. It is to be hoped that the regional European FTT will mark the first step towards a broader international roll-out taking all the countries of the G20.

CESR and its partners have been advocating for the implementation of the FTT for some time. As part of a coalition of social justice and human rights groups, it recently sent a joint letter to European heads of state calling for bold leadership on the issue. It is sits on the steering committee of a new initiative entitled A Bottom-Up Approach to Financial Regulation, which is aiming to confront the human rights impacts of the global economic crisis through a variety of channels including advocacy on the FTT. For more information on the revenues that could be generated by the FTT, click on the infographic above.