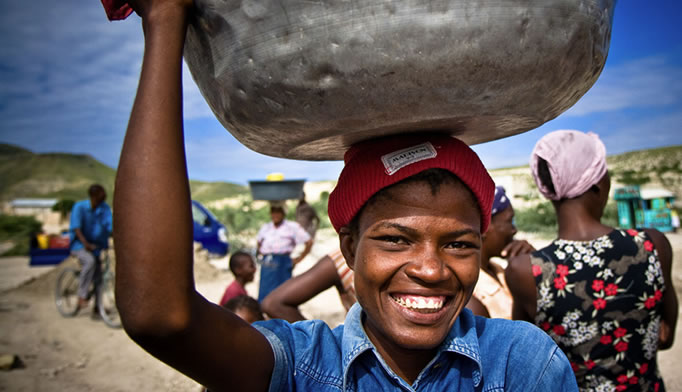 CESR has worked in Haiti implementing training programmes focused on intergrating the protection of human rights into public policies and government budget processes.

These training activities took place in November 2009 and were attended by 50 people from civil society groups, UN representatives and Haitian government officials. They contributed to an ongoing project of the UN Office of the High Commissioner for Human Rights in the country. Within the context of Haiti’s persistent poverty and inequality, our purpose was to build awareness and capacity to promote and protect economic, social and cultural rights, as well as civil and political rights within public policy-making processes. As one Haitian participant told us: “Our resources are limited, but our needs are enormous, making it very difficult to establish priorities.” In order to ensure sustainable development is funded by the large amounts of aid pouring in - particularly after the 2010 earthquake - economic and social rights must be at the foundation of future programs and policies.

The 2010 earthquake in Haiti

The devastation brought about by the earthquake took a terrible toll on Haiti, including taking the lives of some of the Haitians with whom we worked. It is estimated that up to 200,000 people were killed and up to three million people (one-third of the population) were injured, lost family members or were left homeless.

This devastation and loss of life is not a simple story of a terrible natural disaster, it is also a story of poverty and human rights unfulfilled. When an earthquake of similar magnitude hit the highly-populated San Francisco Bay Area in 1989, 63 people died as a result. So why the vast difference in the extent of death and devastation? The terrible and persistent poverty in Haiti, and the resultant vulnerability to natural disasters, is the reason. Poor quality building materials, substandard housing and lack of regulation mean homes are not built to withstand earthquakes, nor indeed the more frequent hurricanes that wreak havoc on Haitians’ lives.

It is essential that efforts to rebuild the country ensure a focus on the right to adequate housing, which includes its services, materials and infrastructure. The realization of economic, social and cultural rights should be central to humanitarian and development programmes, as well as the distribution of aid and other government resources.

Background information on Haiti, the UN in Haiti and relief efforts after the January 2010 earthquake:

The UN Human Rights Council held a Special Session on Haiti on 27 January 2010; the resolution of the session can be found here. The UN Stabilization Mission in Haiti (MINUSTAH) provides reporting, broadcasting and podcasting from Haiti, as well as newsletters and press releases. ReliefWeb provides press releases; information on how the crisis affects various sectors, such as agriculture, shelter, food, water and sanitation, and health; and ways to help. For background information on Haiti, see UNDP's national Human Development Reports, UNICEF, and the latest Demographic and Health Surveys.

Amnesty International released a statement on the importance of ensuring that human rights are at the center of recontruction efforts. The Center for Constitutional Rights and six other INGOs also made a call for a human rights-based approach to humanitarian assistance for Haiti. The Centre On Housing Rights and Evictions' (COHRE) Executive Director, Salih Booker, released a statement on human rights and the right to housing. Grassroots International has offered a piece entitled "Rethinking Aid...Again: Responding to the Earthquake in Haiti" (by Carol Schachet). Physicians for Human Rights also stressed the importance of placing human rights and health at the center of the aid response.

Three of Haiti's leading women's rights activists did not survive the earthquake. Myriam Merlet was formerly chief of staff of Haiti's Ministry for Gender and the Rights of Women; Magalie Marcelin established Kay Fanm, a women's rights organization dealing with domestic violence and microcredit; and Anne Marie Coriolan was top advisor to the women's rights ministry and founder of Solidarite Fanm Ayisyen, an advocacy and services organization. More information on their human rights work can be found here. The Committee on the Elimination of Discrimination against Women released a statement on the rights of women in relation to the current humanitarian crisis.

Haiti, one month on: rethinking the model

Haitian human rights and development organizations are calling for a different vision of development aid in the aftermath of the earthquake.

CESR and the OHCHR trained people on budget monitoring from a human rights perspective in Haiti in 2009. 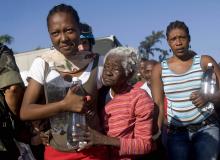