Bringing Human Rights to Bear in Times of Crisis 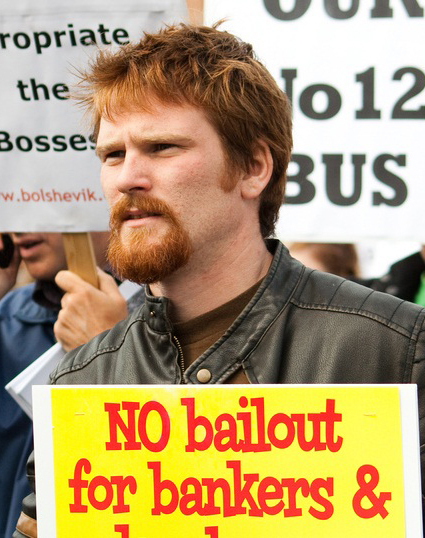 It has been more than two years now since the start of the largest financial meltdown and global economic recession in over 50 years. And yet, how have our governments responded to this crisis in such a way as to uphold people's fundamental dignity and human rights?

The Association for Women's Rights in Development (AWID), Center of Concern, Center for Economic and Social Rights (CESR), the Center for Women's Global Leadership at Rutgers, The State University of New Jersey (CWGL) and the International Network for Economic, Social and Cultural Rights (ESCR-Net) jointly release a new report Bringing Human Rights to Bear in Times of Crisis: A human rights analysis of government responses to the economic crisis.

This report aims to deepen our understanding of how governments have conducted themselves and how effective economic policies have been in defending and strengthening the enjoyment of human rights in a time of multiple and interlocking social and economic crises. As governments and international institutions begin to grow complacent, arguing that the worst of the crisis is over, we aim to bring civil society voices into the debate which can attest to a different reality-a reality of deepening unemployment, further disenfranchisement of the most vulnerable, the breakdown of social safety nets and protection systems and the associated increase in unpaid work done mostly by women, increasing hunger and limited policy space particularly for developing country governments to act take the necessary actions to avoid and prevent economic and social  breakdown.

For more, read the report.

We hope by analyzing government responses to the crisis from a human rights perspective and sharing best and worst practices in responding to the crisis, this report will provide a window into how governments' actions worldwide have lived up to, or let down, their human rights obligations. This report will be presented to the 13th session of the Human Rights Council during its High-Level Segment on the impact of the global economic and financial crisis (Watch UN Webcast here).

Together, we hope to contribute to the development, strengthening, implementation and monitoring of economic policies which make human rights real in the global economy, by both confronting head-on this enduring crisis and by preventing another collapse. 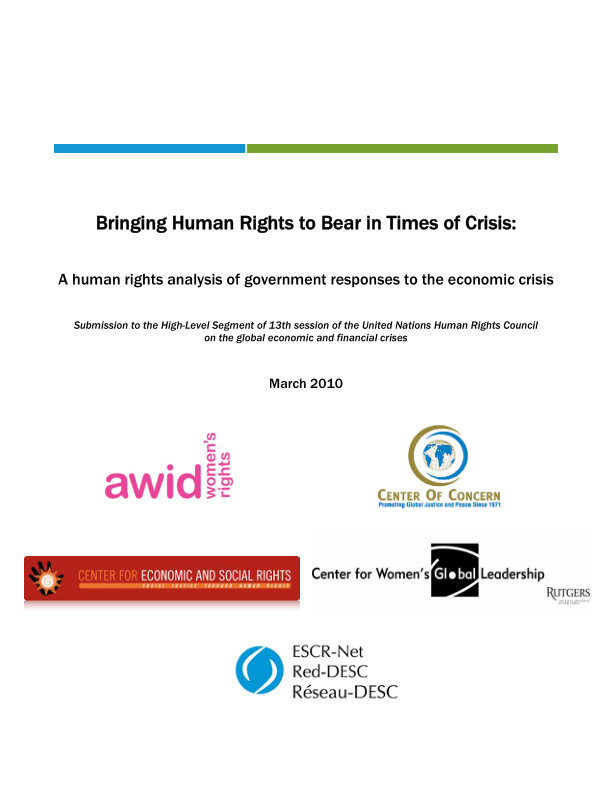