Accountability left behind in SDG follow-up and review

The United Nations recently hosted its first global stock-tacking on progress towards the new Sustainable Development Goals (SDGs) adopted in September last year. The High-Level Political Forum (HLPF) held in New York in July is the global follow-up and review mechanism and includes both thematic and national reviews.

The July HLPF was crucial as it set the tone for subsequent years’ follow-up and review of the SDGs. However, as CESR and other civil society advocates feared, the weak mandate and as yet unspecified structure of the HLPF risks undermining its effectiveness as the overarching forum for SDG accountability. It is clear that both thematic and national reviews will have to be strengthened to enhance accountability, as well as to ensure the added value of global follow-up and review alongside processes at the national and regional levels.

Putting inequality at the heart of thematic reviews 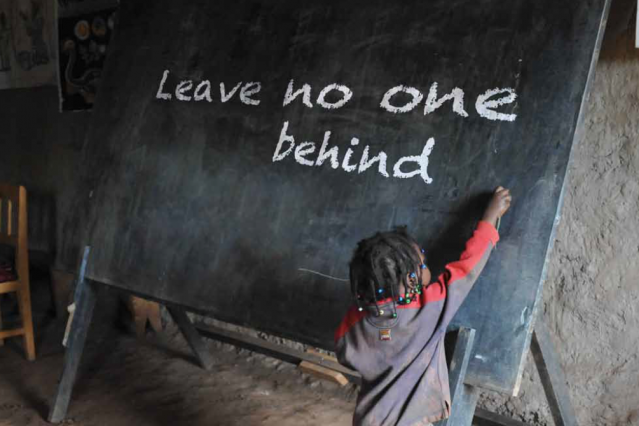 The thematic reviews of the HLPF are interactive sessions on SDG progress guided by an annual theme, this year’s being “Ensuring no one is left behind”.
CESR joined forces with the Center for Reproductive Rights (CRR), International Disability Alliance (IDA), Amnesty International, Human Rights Watch and the Office of the High Commissioner for Human Rights (OHCHR) to organize a side event on a human rights approach to ‘leaving no one behind’, which has become the overarching mantra of the SDGs. Hosted by the missions of Chile and Finland to the UN, and moderated by CESR Executive Director, Ignacio Saiz, the well-attended panel event on July 12 explored the role human rights standards and mechanisms can play in ensuring that the SDG commitments to address inequalities of all kinds are honored in practice.
CESR also contributed to the groundbreaking civil society Spotlight on Sustainable Development report with a chapter entitled Will inequality be left behind in the 2030 Agenda?. It argues that economic inequality – both within and between countries – is a critical determinant of sustainable development outcomes and, as such, should be a cross-cutting focus for future thematic reviews. However, SDG10 (on reducing inequality) is at risk of becoming an ‘orphan goal’ without an independent body tasked with monitoring its full implementation. Consequently,
CESR has called for the establishment of a Commission on Inequality, which could feed evidence into thematic global and regional reviews, thereby ensuring that they deliver on their mandate and meaningfully complement national reviews, by focusing on transnational systemic issues affecting sustainable development everywhere. Growing economic inequality is one of several structural barriers addressed in the Spotlight report, which questions the extent to which the 2030 Agenda can effect a real change in the development paradigm unless these obstacles are tackled. The report's thematic chapters on each of the 17 Goals are complemented by dozens of national civil society reports which reveal that SDG implementation has yet to begin in earnest in most countries. Many of the country reports highlight persistent inequalities, frequently associated with unfair tax systems and other structural asymmetries in power and access to resources, as a major obstacle to meeting the SDG pledge to "leave no one behind".
Unfortunately, discussions in the thematic review sessions on “leaving no one behind” did not advance much beyond acknowledging the flaws of the Millennium Development Goals and reiterating commitments to the new SDGs. Furthermore, the format of the sessions failed to engender the promised interaction and dialogue on cross-cutting issues with the engagement of all stakeholders. Further pressure will be needed to ensure that human rights principles of equality, non-discrimination, participation and accountability become the normative framework for making these commitments a reality, and that human rights mechanisms at the national, regional and global levels are used as avenues for holding governments to account for them.

The voluntary nature of the national review process, and the modest day and a half allocated to it, placed a considerable constraint on its effectiveness in terms of accountability. The presentations by the 22 states who had volunteered to be reviewed first seemed at times more focused on giving the most positive gloss than on really sharing implementation challenges and strategies. Nevertheless, the reviews did reveal some appetite among states for peer-learning and civil society involvement, with states addressing selected questions as well as interacting with other states on best practices. However, as CESR has argued since the SDG negotiations first got underway, true accountability can only be ensured if all countries and powerful actors are held answerable through a robust global follow-up and review mechanism which is anchored in existing human rights obligations, and allows more meaningful engagement by civil society, including the opportunity to present the findings of shadow reports such as the Spotlight report.
Future HLPFs should allocate more time to the national voluntary reviews (preferably all three days of the ministerial segment). Additional time would foster opportunities for increased interaction between states under review, peer states and stakeholders (for example by allowing for more than one civil society intervention). This would also honor the commitments made in the 2030 Agenda to facilitate the “sharing of experiences, including successes, challenges and lessons learned”, and in the 2016 HLPF ministerial declaration, which affirms that “country-led reviews (…) should be the foundation for voluntary reviews at the regional and global levels.”
A stronger focus on systemic and cross-cutting issues such as inequality in thematic reviews and more in-depth and participatory national voluntary reviews would contribute to more robust and accountable follow-up and review of the SDGs at the global level, while also complementing national and regional follow-up processes. International human rights forums such as the Universal Periodic Review provide a useful model for peer review mechanisms which allow for more systematic civil society engagement and interaction, and result in monitorable recommendations to which states are held to answer periodically.

The UPR and other UN human rights mechanisms also have an important role to play in holding states accountable to their SDG commitments and the human rights obligations underpinning them. However, to do so effectively they will need to address their deficiencies and blindspots as regards the monitoring of economic and social rights, which are of particular relevance to the SDGs.

CESR’s recently published analysis of the UPR’s coverage of these rights, The UPR: A Skewed Agenda?, highlights the continuing challenges international human rights bodies face in effectively monitoring human rights in development and socioeconomic policy. It also proposes steps that can be taken to rectify this imbalance and make the UPR a more effective arena for SDG accountability. These recommendations were presented by CESR to member states at the June Human Rights Council and were referenced by the UN Special Rapporteur on Extreme Poverty and Human Rights, Philip Alston, in his report to the Council.

The strong human rights content of Agenda 2030 risks being undermined by the weakness of its accountability infrastructure and its limited means of implementation. CESR will continue to work with its allies in the human rights and development communities to ensure that the framework lives up to its promise of "realizing human rights for all" and "leaving no one behind".